The Top Ten African Countries with The Most Chinese Debt

by Patricia Oluoch
in Africa, ECONOMY
0

China is a global lender, prominent for extending more loans to the developing country. Unlike Europe and America, China offers its loans at market terms. This article will give details on the top ten African countries with the most Chinese debt. 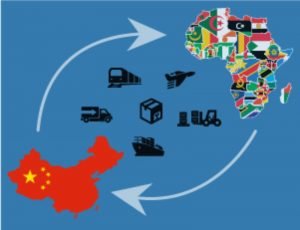 Starting from the 21st century the Chinese economy has propped up following the good business relationship with Africa.

Approximately, up to 1000000 Chinese nationalities stay in Africa while 200000 Africans work in China.

Due to the partnership, most of the African countries are drowning in debt. China is exploiting these countries as they are unable to pay off their debts.

They are taking away Africa’s natural resources as payment for the loans.

Some of the indebted African states include; 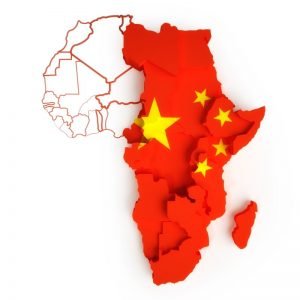 It is the most indebted African state, owing China an approximate of $25Bn.Angola was the greatest Chinese trade partner in 2003.

They exchanged different exports. However, the Chinese exports overshadowed Angola exports, and that marked the onset of debts. China has also financed various projects in Angola hence the massive debt.

The second-largest African state with an estimated Chinese debt of $13.5. Both Ethiopia and China have a multifaceted relationship.

As Ethiopia depends on China for financial purposes, China is interested in Ethiopia for political gains.

Growing Chinese investment in Ethiopia has triggered an increase in debt. For instance, exports from China exceed what they receive from Ethiopia.

Through Educational scholarships, Ethiopian students are studying in China.

It is the first east African state indebted to China, owing to a debt of $7.9 Bn. They have a bilateral relationship which began in December 1963.

Kenya exchanged exports such as tea, leather while in turn received silk, porcelain, etc. from china.

In 2013, President Uhuru borrowed a loan worth $5Bn which he used to finance projects in the country.

Through their partnership with Kenya, China took control of offshore oil and gas companies in the country.

It owes China a total of $7.3 billion. Their relationship started in February 1964.

China-funded the construction of a 52 million Euros parliament in Congo. Approximately there are 25 Chinese development projects in the country. They include Building of highways, construction of dams, etc.

Currently, China is one of Sudan’s largest exporter. It owes China $6. 4Bn.China exports oil from Sudan and in turn imports ornaments and food items.

The relationship between Zambia and China began in 1988. China bought controlling shares in Zambia’s Copper mine worth $20 million. They then invested 130 million in rehabilitating the mine.

Chinese investment in Zambia ranges from mining industries to agriculture.

It owes China an estimated debt of around $5. 5Bn.In 1971, Cameroon and China established a bilateral relationship.

China has financed numerous projects in Cameroon. They constructed a deep-sea port which was worth 270 billion and many other projects.

Their bilateral relationship with China began following their trade relations.

Nigeria is the most pro-Chinese state with up to 80% of Nigerians viewing China’s investment as positive.

The country is however drowning in debt of $4.8Bn due to various investments that China has financed. China agreed to invest in an oil drilling company in Nigeria after it secured four oil drilling licenses.

China started its relationship with Ghana in 1960. They owe China $3. 5Bn.Chinese trade and investment in Ghana have increased a loan worth $30 million through concessionary agreement to support their telecommunication project.

Their partnership started in 1890. China is the biggest beneficiary to Congo’s natural resources especially since it owes China $3. 4Bn.Ideally, Congo should be the richest African state because of the numerous natural resources.

However, China is taking the resources as payment of their debts.

The India-China Crisis, an India-US Bonanza in View

A border dispute has tied India and China in decades to their lowest level. However, one recipient is clear —...

Emirates Lays off Some of Its Workforce