by Faith Sanyu
in Africa, ECONOMY
4

In the global call for debt relief for Africa, China is quiet. Some argue China’s hand might be compelled into relatively uncommon charitable acts. As the Coronavirus pandemic threatens several economies on the continent, Certainly, Beijing remains the largest trade partner and investor. African leaders are now contemplating if China can pardon their debts. The World Bank and IMF revealed instant relief initiatives which include debt-free payments for billions of dollars. Beijing’s support aspirations in resource-rich Africa have been strong, but it has stayed silent. It holds approximately one-third of Africa’s total sovereign debt. 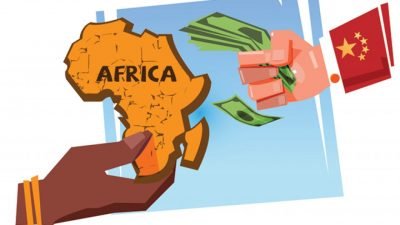 Requiring Chinese-backed funds to develop everything from roads to hydraulic dams has left the African nations debt-laden. Undoubtedly, it has contributed to fears of debt-trapping and loss of economic independence. African finance ministers asked for a $100 trillion investment program, with a moratorium debt reduction of $44 billion. There may be a need for another $50 billion in 2021. With a pledge convention this May, the EU reacted. For 25 nations, including 19 countries in Africa, the IMF canceled an estimated $500 million debt obligations of six months. French President, Emmanuel Macron, said developing countries have a moral obligation to support Africa, even in terms of debt cancellation. Furthermore, he urged Beijing to assist Africa.

A huge proportion of the resources are dedicated to loans, yet health and education services are suffering, mostly the oil-exporting countries like Angola.  A nation like Uganda, whose minister of finance said in recent years, to keep the government functioning, “shocking deficits” have compelled them to borrow, thus any assistance is welcome. The budget deficit in Uganda increased, according to official estimates, to over $10 billion in 2018, and about a portion is attributed to China. Although it is a member of the G-20 developed nations, China is not committed to a moratorium which reduces loan repayments for countries with low incomes of up to $20 billion this year.

“We have strong bilateral relations with China, but they haven’t come to us saying anything,” the minister, Matia Kasaija in Uganda, said.

Some observers claim that debt restructuring may not be possible and that China is resisting aggressive action following diplomatic pressure and its considerable presence in Africa. The Minister of Finance in Ghana said they are relying on Beijing for more. Chinese influence on the continent is growing. Yet, certain African leaders have turned to Beijing, using the clear necessity of policy constraints that flow with its wealth. Beijing, in effect, is eager to tap the massive natural wealth of Africa in war zones like South Sudan, where the Chinese companies control the petroleum industry.

Africa’s Debt Relief from China is far from Realization

Chinese foreign minister Zhao Lijian, on 7 April, when questioned if China should provide debt relief to Africa, claimed that “China would address the problems of these nations through discussions at a diplomatic level.”

Speaking to the Center for Global Development, located in Washington, Mr. Ken Ofori-Atta in Ghana said China should do better. He said that the debt Africa owes China reaches $145 billion, and around $8 billion is needed for the current year 2020, yet, this is a period of catastrophic transition. 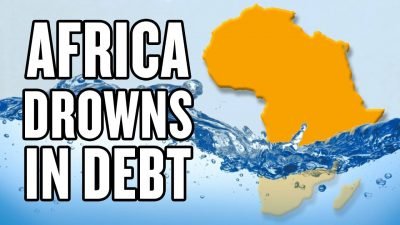 In 2017, Angola obtained Chinese funding of close to $42.8 billion. The country is gradually repaying its loans in exporting some of its oil to China till now. Angola, the second-biggest oil producer in Africa, now has less oil on the market. According to the China Africa Study Project, the Chinese economy, lenders, and businessmen lent several African countries and corporations $143 billion from 2000 to 2017. However, China’s focus on Africa is an explanation as to why some experts believe it is out of the question for debt relief and charity donations. Nations searching for assistance from China will eventually become more indebted, said Economist Intelligence Analyst, Nathan Hayes, in Africa.

Debt Forgiveness is an Investment for China

Obviously, this year, several debt-financed enterprises are experiencing tremendous stress as profits slim down. They will need to recapitalize and restructure their businesses. China funds many of these projects, which will give the country a chance to negotiate new concepts. Inevitably, loan-for-equity transfers can be a more viable bargain for African states, according to the new terms. 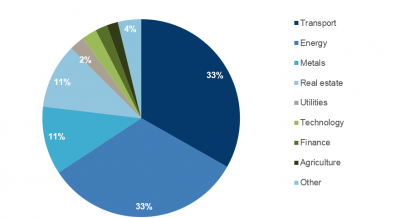 A striking example was the government-controlled Chinese Merchants Group, which forgave Sri Lanka $1.5 billion of loans in 2017. They later repurchased half of Sri Lanka’s port. Also, debt redemption may be an investment for China. They have waived Ethiopia’s extreme debt in 2018, in an event to promote infrastructural development in several areas on China’s “belt and road” project. With this debt, China purchased a huge percentage of shares in Ethiopia’s national power supply at $1.8 billion. 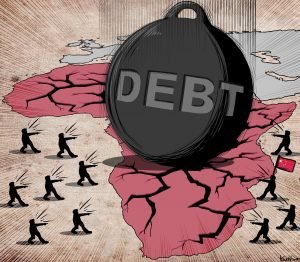 Talking with particular African leaders is helping Beijing to follow its goals with “a far smaller, more economically and politically weighty collaborator rather than an entire continent at once,” says Hayes. Nevertheless, in some African nations, the Coronavirus may contribute to economic disaster. This would be the continent’s first downturn in 25 years.

“China can respond by reimposing debt as a tool to keep its African partners. If there is a continental movement for debt relief, it would have no choice,” said Angelo Izama, an analyst, Leo Africa Institute.

Ethiopia is one of Africa’s nations that has been least affected by the Coronavirus pandemic. As the rate of Covid-19...

The President of Mali Seeks Compromise to Ease the Political Crisis

Luxury Hotels Reach Out to Guests Who are Under Lockdown