The Most Legendary Ancient Egyptian Pharaohs

Classical and Ancient Egyptian - The Land of Pharaohs

The ancient Egyptian pharaohs are incredibly part of the Egyptian dynasty, still impossible to compare with how far back in history they existed. Yet the legends of the 170 pharaohs carry us back to a mysterious 4,000-year culture. The position of the Pharaoh was geopolitical as well as sacred. Conceptions ranged, of course, from leader to leader, but the Pharaohs were widely acknowledged to be divinely inspired and essentially considered the mediators of gods and men. 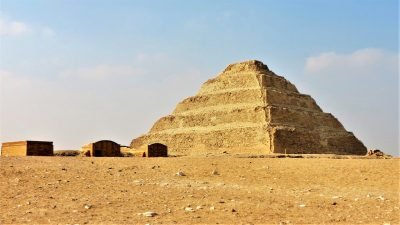 But amid their divine reverence, the Pharaohs were still accountable for their worldly governance issues, so each Pharaoh had a distinctive heritage; some were architectural inventors and respected military commanders, but others were talented negotiators. Among the most renowned in the order of their reign are;

Djoser is one of the most prominent Pharaoh of the Third Dynasty, yet they hardly documented his history. Recognizably, he supervised the creation of Saqqara’s iconic stair pyramid, a monumental achievement in Egyptian architectural design. Furthermore, it was the very first construction to reach the classic step form, where they laid Djoser to rest. 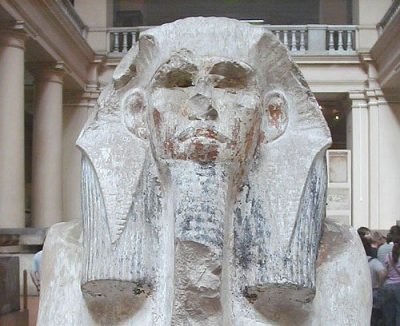 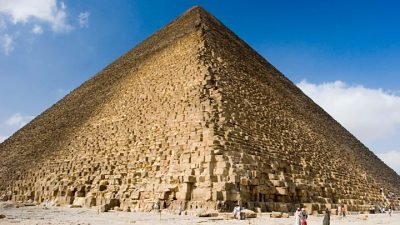 Khufu, Pharaoh of the Fourth Dynasty built one of the Seven Wonders of the World’s greatest legacies which is, undoubtedly, the massive Pyramid of Giza. The majestic tower bears witness to Egyptian architecture’s disconcerting complexity. It has, amazingly for 4,000 years, been the world’s tallest human-made construction. Khufu thought of the Pyramid as his stairway into heaven, and until now, the mechanisms of its construction remain a mystery. 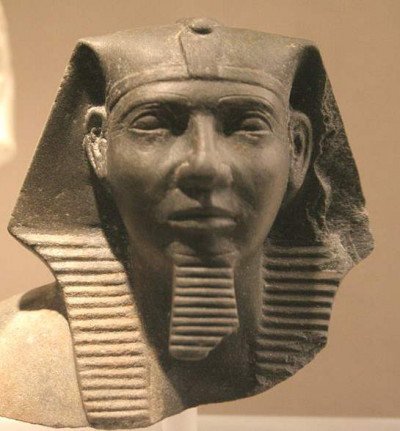 Hatshepsut was Thutmose II’s wife and was the only second woman in the Eighteenth Dynasty to assume the position of pharaoh. Her stepson Thutmose III was only two years old when his father passed away in 1479. Hatshepsut wasted no time becoming the pharaoh though Thutmose III ruled as a co-regent in a professional position.

Hatshepsut enhanced her status as a Pharaoh and asserted the Amon-Ra god visited her mother while she was in her mother’s womb, hence confirmation of her divinity. She became the pharaoh, a good monarch, established main trade outlets, and maintained prolonged stretches of stability.

Thutmose III trained in military school when his stepmother was the pharaoh and only came to power after Hatshepsut died in 1458. The military experience of the Pharaoh paid off, and he gained a reputation as a tactical genius, and often Egyptologists refer to him as the Egyptian Napoleon. His military deeds secured him tremendous admiration from his people and others. He achieved the reputation of one of the greatest pharaoh in history. 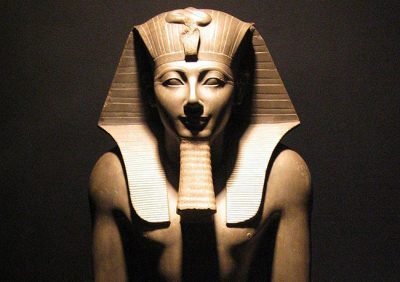 Amenhotep III ruled primarily in a stable and wealthy Egypt for 38-years. Besides, the achievements of Amenhotep III as Pharaoh were much more cultural and political than military; few Pharaohs could rival his creative and architectural heritage. 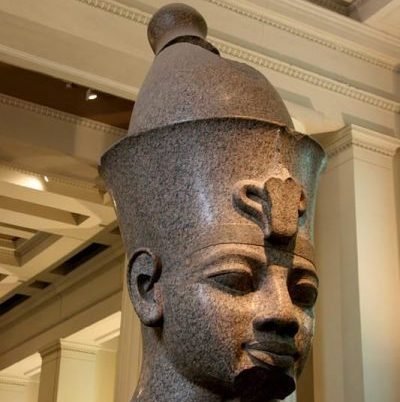 Dan Snow interacts with the Egyptologist Chris Naunton, the current incredible discovery in Luxor on the Nile in Egypt. “There is something about Egyptian mummies that arouses intrigue in us all.”

Akhenaten, son of Amenhotep III, was Amenhotep IV but later changed his name due to his extreme monotheistic views. He is the pharaoh that challenged the gods. The sense of his new identity, “the one who ministers to Aten,” honored the one he claimed to be the true god: Aten, the god of the sun. 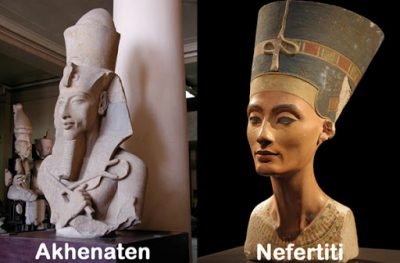 More so, Akhenaten’s theological convictions influenced him that he shifted the capital of Egypt from Thebes to Amarna. Nefertiti, Akhenaten’s wife, played a major role in his religious reformations throughout his reign and was an influential presence. Soon, Egypt reverted to polytheism and the ancient gods he had denounced upon Akhenaten’s death.

Tutankhamun was by far the most prolific pharaoh of all when he assumed the throne at the age of nine or ten years. Museum director Tarek El Awady offers Dan the unique display and the extraordinary riches of Tutankhamun, “The Boy King” of Ancient Egypt, “Treasures of the Golden Pharaoh.”

The renowned young pharaoh’s fame, instead, is a result of the discovery of his tomb in 1922 – one of the wondrous archeological findings of the 20th century – but not his remarkable successes. “King Tut” only governed for 10 years and died. Certainly, the pharaoh gained fame after finding his magnificent tomb. Unfortunately for Egyptologists, his cause of death remains unknown, though investigations are underway.

No exception, Ramses II was the greatest of the Nineteenth Dynasty and unquestionably unrelentingly egotistic, even by the Pharaoh norms. The son of Seti I was a co-regent. Ramses II proclaimed himself a god and earned a solid eminence of an exceptional warrior with 96 children and a 67-year reign. Ramses the Great was not a pleasant pharaoh, don’t make that assumption. His enormous architectural heritage is a confirmation of this – and the reality is, his overflows and extravagance bequeathed the palace to near bankruptcy before he died. 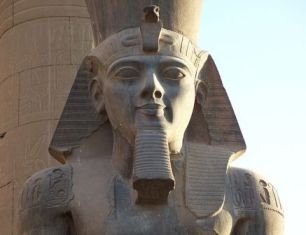 Xerxes I ruled in the 27th Dynasty after Persia invaded Egypt in 525 BC and became a part of the Persian Kingdom. The Egyptians had no choice but to honor the Persian rulers of Achaemenid as ancient Egyptian pharaohs. Xerxes the Great took a spot on the scale of popularity since he became recognized. Many described him as a dictator. As the king of Persia, he certainly did not value the Egyptians as he was contemptuous of the local customs. Xerxes I was more of an absentia pharaoh and his unsuccessful attempts to conquer Greece guaranteed his characterization as not pleasant by Greek scholars. 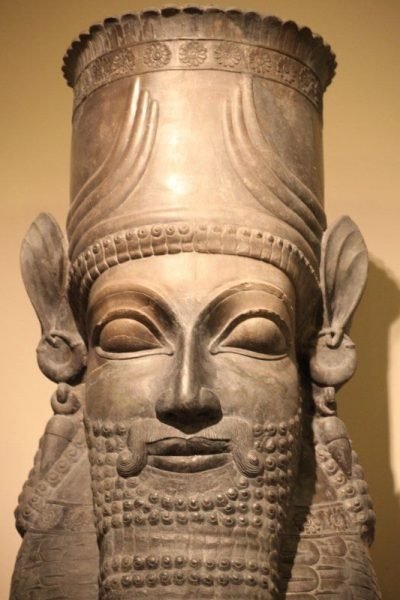 Cleopatra was Egypt’s last successful Pharaoh of the Ptolemy Dynasty. She ruled over the last cycle of the Egyptian Monarchy. Her legacy persisted in the legends of Shakespeare and Hollywood. The actual Cleopatra is impossible to disengage from the myth. Historians depict her as a charming seducer that underscores her leadership as a genius. 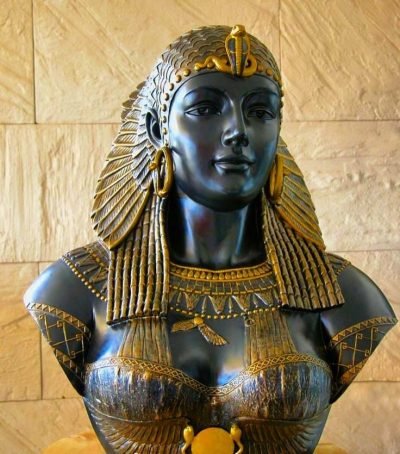 In particular, she succeeded in restoring stability and utter prosperousness to a bleak nation. Cleopatra was an intelligent strategic theorist. Ancient scribes specifically documented Cleopatra’s intimate relations with Julius Caesar and Marc Anthony, concluding the unfortunate outcome. Cleopatra committed suicide on 12 August 30 BC. Her death led to the end of the reign of ancient Egyptian pharaohs. It left no room for exploring the nuances of the tragic story.

Lesotho PM Thanbane to leave office 22 May as coalition folds

The Dinka are a community of several closely connected people who live on both sides of the White Nile in Southern...

Lesotho PM Thanbane to leave office 22 May as coalition folds