James Mworia: A Savvy Business Mogul with the Midas Touch

by Abiodun Ajayi
in ECONOMY, Kenya
0

James Mworia is a Kenyan lawyer and business executive. He is the group CEO and managing director of Centum Investment Company Limited. He has held that role since 2008. Centum is the largest listed investment company in East Africa. Having a total value of assets under its management of about $1.8 billion, the group focuses on developing assets for investment. The company is listed on both the Nairobi and Ugandan Stock Exchanges. It also has regional equity with other territories like Mauritius and Nigeria.

James Mworia was born in 1978. He is the firstborn in a family of three children. He grew up in Central Kenya. His mother was a primary school teacher turned businesswoman. After he attended Alliance High School, Nairobi, Mworia also attended Strathmore University and the University of Nairobi. Besides, he holds a law degree from Nairobi University.

While in high school, James Mworia admitted that at a point, he disliked mathematics. He saw it as a very difficult subject until one day when a friend showed him how to answer mathematics questions. He got a fresh insight and understood the logic. That was the beginning of his success in mathematics. He went on to become a certified public accountant and graduated from the University of Nairobi.

Influenced by a Hardworking mother

James Mworia shared in a forum how his mother’s hard work and discipline had molded him. He opened up on his early life how he got a number of the leadership qualities he now has from his mother. His mother was rigorous. She made her children plan for the next day. She made sure they went to bed early to wake up early.

Furthermore, while he was young, he started to pick up some business skills by working with his mother and father. He helped run their businesses, which included a hotel and a law firm. During an interview, he recalled how his siblings will leave him at home and travel for holidays while running his father’s law firm. According to him, the first CEO he had was his mother. They still enjoy working together at some level to date.

Mworia began his career at Centum Investment Company as a clerk in 2001. Although he had a law degree and other financial and accounting certificate, he accepted this entry-level position. He rose gradually through the ranks until he was appointed the chief investment officer in 2005. He served in that position until December 2006, when he joined TransCentury Investments as its head of investments.
In 2008, he was appointed the CEO and managing director of Centum. Mworia enjoyed massive success as Centum’s asset base increased six times during his first six years as CEO.
As the front-runner of the company, he puts a lot of emphasis on team leadership. He understands that the role a leader is carrying along with people. He deliberately makes efforts to ensure an effective organizational culture that inspires and provides a strong sense of purpose and direction. Based on his belief, he ensures that more employees can align with their employers’ vision and purpose, the better they thrive.

James is a great role model for young Africans to emulate. At 30 years of age, centrum took a risk by making him CEO, and he did not disappoint. When James joined Centum as a clerk, his salary was 5,000 shillings. He accepted the meager salary and told himself the only way he will get a raise was to enhance the value add to the organization so that they will have no choice but to raise his pay. Throughout his career in Centum to date, he never asked for a raise. Rather, his bosses recommended a raise always.
James has an instinct for identifying business opportunities. He also has the ability to build strong teams. He can surround himself with people who are brighter than he is and gets results from them. He invited one of his former lecturers at Strathmore University, Jim McFie, to the board of Centrum.

For James Mworia, the primary motivation in business is not money but making a difference. He believes money is a by-product of adding value to customers and shareholders. Many young entrepreneurs put the desire for money first. This is not the right approach. James believes this approach will not give the right motivation to perform at high levels consistently. 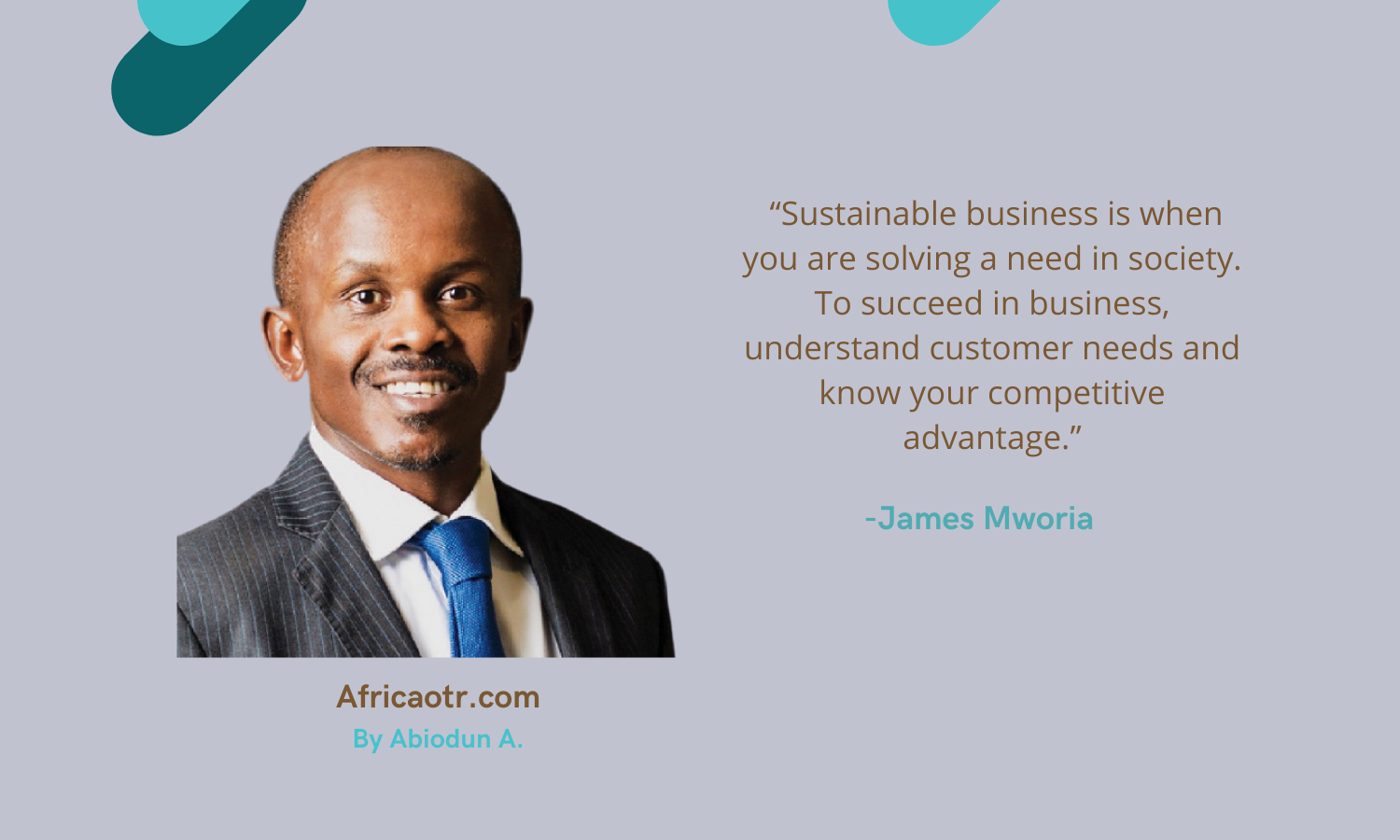 In 2017, a business newspaper mentioned James Mworia as Kenya’s highest-earning CEO. He, however, debunked the rumor calling the information a sensational tabloid news article. He chided the journalists responsible for the news and cautioned them to be more accurate in their reporting. The figure the article quoted was the remuneration of his entire management team and not for any individual.

In 2016, James Mworia was appointed as Chancellor of Machakos University and awarded a Doctorate Degree in Business. James is one of the World Economic Forum Young Global Leaders. He is also an Archbishop Tutu Leadership Fellow. He won many awards and honors, including Africa Young Business Leader of the Year (2011) and Africa CEO of the Year (2013) by Wharton Club of Africa; Archbishop Tutu Leadership Fellow 2012. In 2014, he was named one of the Rising Stars by Euromoney-Africa.

Reliving the 1972 Hijacking, the Life of One of the Black Panthers

I cover top developments and news in the world of the Caribbean. My focus is on the economy, business, agriculture, and travel.

Despite The Bad Economy, Nigerians Invest in Property