Mary Spio is an outstanding mentor to many people. Her achievement in every industry she explores stems from a single core interest: information technology. From being appointed as the speaker on innovation and entrepreneurship by the Department of State to becoming the Head of Satellite Communication Systems for The Boeing Corporation, Spio’s passion for technology is very apparent in her career life. Let us dive into her inspiring story as we think of what she or you will do next for the surrounding communities.

Mary Spio is Ghanaian, born in Syracuse, USA, but raised in Cape Coast, Ghana, for sixteen years. She finished her secondary school education at Holy Child High School on Cape Coast. At 16 years old, she moved to stay in Syracuse, New York, in the US. She attended Syracuse University, graduating with a Bachelor of Science degree in Electrical Engineering in 1998. She later pursued a master’s degree in Electrical Engineering and Computer Science from the Georgia Institute of Technology. Between 1989 and 2005, Spio enlisted in the Air Force as a Wideband/Satellite Communications Technician. A colleague who noticed her technical abilities sparked her transition from the Air Force.

In the Miami Herald, she says, “It was when I was in the Air Force that an engineer pulled me aside and told me I was great at fixing electronics; and that I should look into becoming an engineer. I did, and it was the best thing I’ve ever done.”

Following her studies at Syracuse University and Georgia Tech, Spio worked at a satellite communications company after spending six years in the Air Force. On a NASA program, she built and launched satellites into outer space. Spio’s work with NASA led to her appointment as The Boeing Corporation’s Head of Satellite Communication Systems. Through satellite technology, her experience changed to major motion picture distributions. 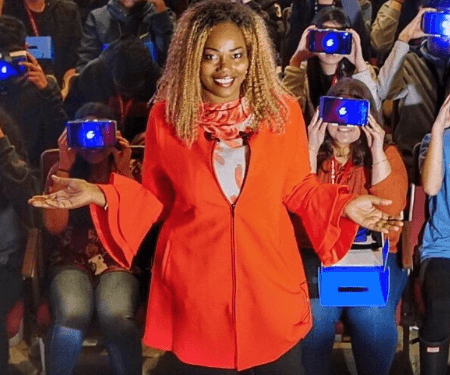 Mary wasn’t even seventeen when she got her first computer. Despite this, she became an outer space engineer, developing and launching satellites. At Boeing, Mary helped pioneer digital technology that redefined how major motion pictures are distributed to movie theaters worldwide. She then pursued her passion for matchmaking by launching One2One.com, a niche media firm devoted to helping singles.

Mary Spio is also the founder of Gen2Media (now Vidaroo), a rising digital media star. Mary’s corporations offer interactive user experiences for customers by maximizing the value of online video, search, and social networking sites. It also delivers quantifiable results for some of the most iconic brands, high-profile entertainers, and events globally, including Microsoft, Xbox, Walmart, Toyota, Coca-Cola, Justin Timberlake, Will Smith, Britney Spears, and The Billboard Awards Show. She is currently the CEO of Next Galaxy Media.

Spio is the founder, Chief Visionary, and Product Architect of CEEK VR, the world’s first Virtual Reality company with 4D Audio. She created the technology patent that is used to release feature films over satellite digitally. She commercialized the technology via Boeing Digital Cinema and Lucas Films. 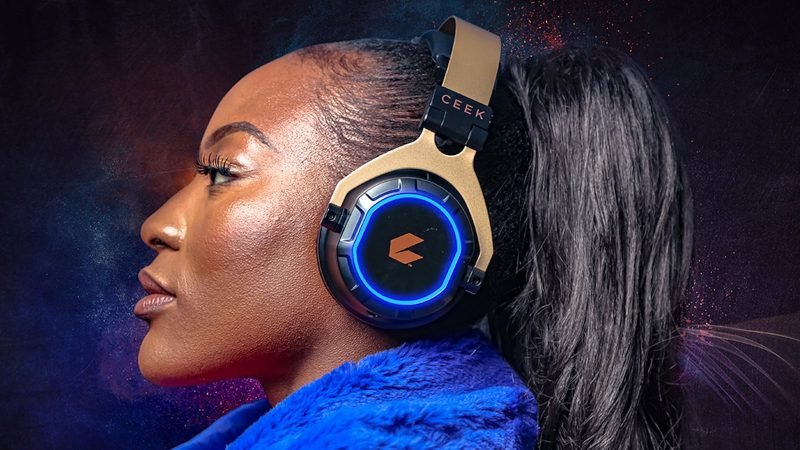 Mary Spio is a powerful public speaker, so the Department of State appointed Spio as the Speaker on Innovation and Entrepreneurship and part of a global outreach program on behalf of the United States to speak in countries worldwide. Spio has been recognized and rewarded with many accolades, such as NBC News 100 History Makers in the Making, Boeing Outstanding Achievement in Electrical Engineering Award, IEEE Design and Yueh-Ying Hu Memorial National Award for Innovation, and the 2017 Arents Award from Syracuse University.

Mary is the author of ‘It’s Not Rocket Science: 7 Game-Changing Traits for Uncommon Success.’ She has become an exemplary mentor for women, especially for iSchool students, because her work highlights technology’s intersectionality within other industries. The School Senior Squad chose Spio as our convocation speaker because she shows us that a technical degree is interdisciplinary and applicable to almost every industry.

Somaya Faruqi watched her father fix cars in the motor repair shop he owns in Herat, western Afghanistan, as a...

A Discovery of the Most Complete Wolf Mummy