Evariste Ndayishimiye: Inside the Life of the New President of Burundi

The new President of Burundi, Evariste Ndayishimiye, is a military general undoubtedly faced with a tough task to implement reforms to the nation whilst satisfying the elites who worked to put him in charge. Ndayishimiye, 52, popularly known by his initials “Neva,” swore in on Thursday, two months ahead of schedule after his predecessor, Pierre Nkurunziza, unexpectedly died. He delivered a lengthy eulogy to Nkurunziza in his first speech as President and pledged to adopt his measures, which showed no slight difference from his predecessor’s tone as he criticized the West for meddling in the country’s politics.

The CNDD-FDD party carefully selected the general, who won a contested leadership contest in May in replacement of Nkurunziza. It was anticipated Nkurunziza, who ruled for 15 years, would proceed to be in authority after such a chaotic time. Several other analysts say his demise might offer Ndayishimiye more freedom. The International Crisis Group (ICG) analyst Richard Moncrieff stated, in theory, that the death of Nkurunziza is ‘a possibility for Ndayishimiye to liberate himself.’ Identified by others who consider him to be much more open-minded than those in the CNDD-FDD faction, Ndayishimiye is not synonymous with the worst violations of the recent years.

The current President was not compelled to seek to reel back the unrest following the 2015 referendum, which others viewed as illegal when Nkurunziza secured a third term in office. Amid crime, 1,200 were killed and a refugee migration ignited. A United Nations committee subsequently charged the government with shameful abuses, as well as death sentences, torture, and rape. Ndayishimiye inherits a nation that is profoundly detached and penalized by foreigners with an economy and a mental state that has suffered due to decades of breach of political and legal rights to life.

Evariste Ndayishimiye ‘will move on eggshells’

The Ndayishimiye selection is a partnership between Nkurunziza and a minor but influential group of generals who are manipulating the government’s levers. The generals who selected Ndayishimiye desired a military officer and a fellow local Hutu in their time. These generals were racial Hutu rebel fighters in the war. The president-elect surged in the 2006 war but was considered far outside the close sanctum of the party in power.

“He will have to tread on a dangerous tightrope in the high spheres of the ruling party. Ndayishimiye will have to balance competing powerful interests while ensuring that his position remains safe,” the Burundi Human Rights Initiative said in an April report.

Conversely, the Burundi Human Rights Initiative’s Carina Tertsakian said Ndayishimiye does not have the “will or strength to rise against” the soldiers. Several of these generals “have a lot of blood on their hands.” If he intends to “introduce reforms, change the situation of human rights, stop violence and terrorism … he risks endangering himself into hurdles and wariness on the side of these generals,” she said. 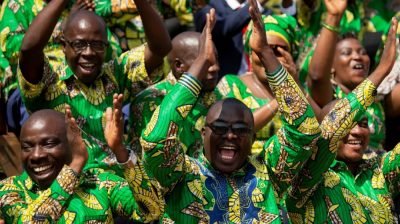 An official of the ruling group, commenting on request of anonymity, said they chose Ndayishimiye because he was “faithful and willing to die for his faction.”

The official said in the first couple of years, Ndayishimiye will move on eggshells. He will have to struggle for a notable amount of time until he finds any space to maneuver.

President of Burundi: The Life of Evariste Ndayishimiye

In 1993, a civil war began – a fight that lasted 13 years, claiming at least 300,000 lives. Ndayishimiye had only started his education at the University of Burundi. He was in his second year in law when Tutsi racial extremists slaughtered thousands of Hutu students on campus. The youthful Ndayishimiye merely fled and put down his pen to take a weapon. He was in the top position of CNDD-FDD during the war. During the cessation peace talks that stopped the chaos and violence in 2003, he was the principal mediator. 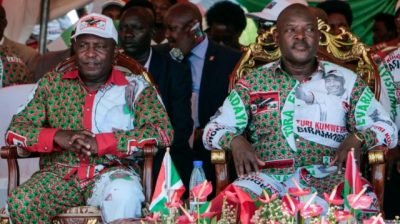 Ndayishimiye has occupied many high-level posts in government in the inter-war period. He was the minister of the interior and public defense, the military, and the civil chief of the president’s team. Those who understand Ndayishimiye, identify him personally on two sides as a truthful, unified man, but explosive, and hot-tempered.

“He’s a rather open-minded man, easy at first, who likes to joke and laugh with his friends,” said one friend. “But unlike Nkurunziza … Evariste Ndayishimiye can be quite angry and gets carried away very easily, and risks becoming infuriated.”

“Ndayishimiye is honest and transparent, unlike other generals, a government official said. He was the best alternative.”

Since an extreme sectarian race controls the party, Ndayishimiye will struggle to promote change and inclusiveness of the resistance.

Newbies Criticize Buffett Over Fleeting Success in the Stock Market

China to Prioritize Africa Once Corona Virus Vaccine are Ready

The Dinka are a community of several closely connected people who live on both sides of the White Nile in Southern...

China to Prioritize Africa Once Corona Virus Vaccine are Ready

From Locusts to Animal Feed and Manure

Women in Tunisia Embark on Cycling as they Challenge Gender Norms