Nigerian Stand-Up Comedy Business: Who are the God Fathers?

Once upon a time, comedy was seen as a career for the unserious, the uneducated, and people who are looking for ways to make easy money through jokes. Comedians who lighten up events in those days were given ‘dash’ money for their effort. Some of them battled with negative public perception for a long time. But in today’s world, the table has turned around. Comedians are no longer the hungry-looking fellows who look for the opportunity to get ‘dash’ money. Nigeria stand-up comedy is now big business, turning its practitioners into millionaires. Talented comedians such as Gbenga Adeyinka, Tunde Adewale, aka Tee A; Julius Agwu, aka Julius ‘D Genius’; Teju Oyelakin, aka Teju Babyface; Bosede Ogunboye, popularly known as Lepacious Bose; Francis Agoda, aka I Go Die; Godwin Komone, aka Gordons, Omo Baba, Bovi Ugboma, simply called, Bovi; MC Basketmouth; Ayo Makun aka A.Y to mention a few are evidence of the booming industry. Indeed, being funny isn’t a funny business.

The industrial revolution in the Nigerian stand-up comedy began in 1990 when a man popularly called “Alii Baba” came on the scene. Atunyota Alleluya Akporobomerere, popularly known as Ali Baba is well known for organizing comedy shows in the 1980s at Ambrose Alli University Ekpoma. With a token of fifty Naira, his fellow students could watch his comedy. 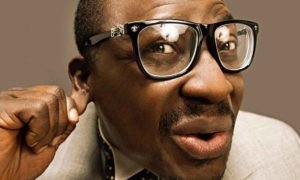 Where he graduated from the university, he registered his company, Ali Baba Hiccupurathird in 1989. Before the end of the year, he began advertising on billboards erected in strategic locations in Lagos and was paying N150,000 yearly for each billboard. The billboards carried a simple message: “Ali Baba – Being Funny is Serious Business;”.  That signal a new beginning in the business of stand-up comedy in the country.

The man who gave the comedy “the beautiful face” it wears in Nigeria became the first comedian to be well paid in the country. The ‘King of Comedy’ who had a rough beginning in his career now owns choice properties in a different part of the country. One of his properties in Lagos includes a luxury duplex in Queens Drive, Ikoyi, worth N750 million.  His investments span across importation and exportation business, relaxation centres, investment bank, fashion, and event management.

Opa Williams popularly known as Opa is another strong force to reckon in Nigerian stand-up comedy business. He created the platform for the rise and development of modern stand-up comedy. Opa, the former movie producer, accidentally launched into comedy business when his cast and crew cracked jokes to relief a Nollywood actor, who was involved in a motor accident and was on admission at the Orthopaedic Hospital, Igbobi, Lagos. Opa was at the hospital to shoot a scene for one of his movies when it all began and then, the idea popped.

From laughter as a medium of lightening the yoke of pain and confinement of patients, the idea transformed into “Nite of a Thousand Laughs,”, a public show that Nigerians now pay yearly pilgrimage to. 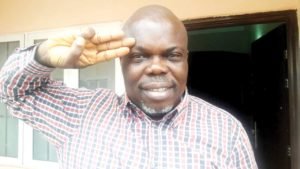 Opa Williams made comedy a profitable business venture as Nigerians are made to pay to laugh. He set the standard of professionalism in the industry, exposed comedian to the opportunities the industry holds. Through him, comedians came to understand the power of branding in the business, the need to wear designers’ suits, hold comedy in high profile venues and attract high profile individuals and charge high fees. Today, stand-up comedy holds in places like Federal Palace Hotel & Casino, Lagos and Eko Hotel & Suite to name a few.

What is Halting the African Football from Full Potential Realization?

Football is a celebrated game all over the world. Almost every country in the world has both football players and...

Top 5 Music Legends at the Front Row of Pan Africanism