Overnight Success as a Small-scale Miner Becomes a Millionaire

Saniniu Kuryan Laizer called it quits as a subsistence miner after earning $3.4 million. This fat check was after selling two one of a kind tanzanite gems to the government. Laizer sold the minerals for 7.7 billion Tanzanian shillings, equivalent to $3.4 million. Logically he is a billionaire in Tanzania.

Experts revealed the gems had an estimated weight of 15 kg i.e.  9.27 and 5.1 kilograms. Therefore, the gems are equitable to high profits since jewelers covet them for their remarkable blue sparkles. 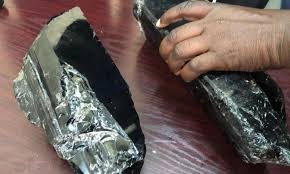 Miner Laizer discovered the gems in northern Mirerani hills. In 2018, the Tanzanian President John Magufuli gazetted this site to stop the illegal transportation of the mineral. Miners first discovered tanzanite in 1967 in the foot of Mt. Kilimanjaro. However, Manyara, a region in northern Tanzania, is also prominent for its richness in the ore.

During a function, Dotto Biteko, the mining minister recognized their latest discovery as one of a kind. He celebrated Laizer for his greatest achievement and urged people to ensure his safety for he was their billionaire.

” Laizer is our (shilling) billionaire and let’s make sure that he is safe,” he said.

“We are now moving from a situation where the small miners were smuggling tanzanite, and now they are following the procedures and paying government taxes and royalties.”

Miner Kuryan was belated when he received a handsome amount from the government. He remains proud and excited about his achievement and plans to improve the infrastructures in his community. The millionaire plans to construct a mall in Arusha and a school near his home.

Laizer said when he found the minerals, he immediately called on the government officials who carried on with the valuation. He received his pay recently. This achievement has promoted a great change in his life hence remains grateful to God.

“While the $3 million paid to the miner has undoubtedly changed his life forever, it is only a twentieth of the potential retail value of the gemstones he discovered,” said chief executive Eddie LeVian in a statement.

Mining is not an easy task. Laizer defied all odds to unearth the precious gems. He used his hands to mine out the gemstones, and despite so, they remained intact. Indeed, hard work and determination pay. However, the government tweeted the gemstones were not destined for the market as they would display them in their national museum.

President’s reaction to the discovery

President Magufuli congratulated artisan Laizer during a live broadcast. He appreciated the significance of small miners and attested that was proof their country was rich in ore.

For some time, the president has been battling smuggling of the ore. In 2018 he fenced the entire mining site in Manyara since miners were stealing the gems. Similarly, because of fraud, the gem productions did not match the profits. The country was losing about 40% of tanzanite to smugglers.

The Struggle Of Blind Zimbabwean Migrants in SA Amid Pandemic

My focus is economic, politics, entertainment and tech reviews. Robert's aim is to depict the complication of life through a combination of words and creativity.

A couple of months ago, Africa’s financial journey was bright. Development Bank in Africa projected a 3.9% growth in 2020...