Why the WHO Rejects Madagascar COVID-19 Cure

by Faith Sanyu
in Africa, Madagascar, ON THE RISE
3

Madagascar has shocked the world after Dr. Jerome Munyangi, a Congolese, discovered the Coronavirus cure. Last week, President Andry Rajoelina launched the breakthrough “COVID-organic” – a herbal tonic made from Artemesia. This Coronavirus cure has allowed the country to suppress and mark its victory over the global pandemic. The discovery of the COVID-19 cure in Madagascar may have surpassed all the efforts of France, the US, the UK, Germany, China, India, and among others in their fight of who finds the cure first.

The World Health Organization (WHO), however, has rejected the Madagascar COVID-19 cure. For one thing, many major media sources have confirmed:

“the Coronavirus vaccine is unlikely to come from Africa.”

According to BBC reports, their main argument now is the African COVID-19 vaccine was manufactured locally using herbs which is merely a shortcut to the cure.

Despite the normalcy of school children resuming studies on the island nation and after a plant-based COVID-19 cure proving to be successful as a preventive and curative tonic, the WHO still said a remedy from an African nation cannot be trusted. The WHO is not fully persuaded, but many across the globe are still dying. The question is not about the drug’s ability to cure, but where and how they discovered it.

On the other hand, Madagascar has not done thorough tests to witness the side effects of this drug like other countries. It is already in distribution all over Africa. Some African politicians seem to have illusions of Africa’s doomsday so they may sell the African COVID-19 cure to the highest western bidder. Nevertheless, Africa has fought and won the battle against the disease that has brought all the mighty nations on their knees.

How Madagascar Survived the Pandemic Using this COVID-19 Cure

Madagascar has an area of approximately 587,041 sq km, with a total population of 27 million inhabitants. They registered their first COVID-19 cases on 23 March. They confirmed 121 in total, 59 turnarounds, and no fatalities. Since 24 April, no case has been reported.

Meanwhile, the Congolese president, Felix Tshisekedi, obtained the good news and instructed his French Ambassador to promptly give Dr. Jérôme Munyangi a passport in Madagascar to enable his quick return to the capital, Kinshasa. The president of Congo announced that Dr. Jerome had to go back to his home country to help his fellow countrymen.

Checking and tracking contacts was devoid in Madagascar. Pursuing a return to school objective, children received limited amounts of tonic every Wednesday. The remedy is widely available to the neediest in the nation and sold to many at a cheap price. Madagascans who are legislators, diplomats, affluent, and financially powerful, buy the tonic and make contributions to fund further research.

The BBC’s news reports there are no lock-downs and Madagascans move freely, receiving the vaccine at any time yet the country has not received any “foreign assistance”. Madagascan researchers continuously introduced their discoveries to their President. The Madagascan president gladly drank doses of the syrup created, processed, and packaged from their testing laboratories on national television. Now the government distributes profits from drug purchases to the research institutes of health. Their research biologists, scientific professors, advisors, and doctors undoubtedly worked their socks out.

Will Africa use the Coronavirus Cure Alone?

Even though the Madagascar COVID-19 drug treats a billion individuals per day, it will not make complete sense to the WHO, since the cure is an African herbal medicine. As usual, it seems they want the copyright, license, and trademarks of such discoveries domiciled in saner climes like America, Australia, Europe, and so forth. Should the rest of Africa gather behind Madagascar to take a continental turn in this treatment? 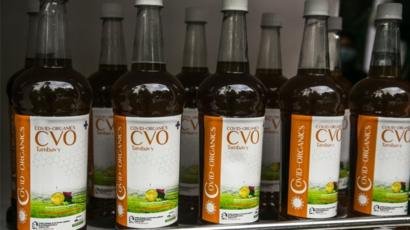 The western countries have an aim; however, they cannot succeed without the guilty approval of African leaders with rubber stamps. As Africa battled Ebola before, it got no credence, and the tale persists, but the fact remains that Africa has prevailed over COVID-19 yet again independently.

Digital banking services are common, especially now when people are at their homes. Many people avoid cash to minimize the...

The Youth Revolution: African Youths Demand a Seat at the Table

Why smartphone security is essential